Inspiring folk music
Since their childhood the two sisters Evelyn and Kristina Brunner have been playing music together - they received the musical basics from their father in the family chapel. The background of Swiss folk music and the collaboration with musicians from other cultures forms a unique sound for the sisters, which is realized with the instrumentation of double bass, Schwyzerörgeli and cello. It contains original compositions that illuminate the Schwyzerörgeli from a different angle, music from distant countries such as Finland or Sweden and, last but not least, pieces from traditional Swiss country music.

During the concert, the Brunner sisters sometimes reach for one of the three Örgelis, then they switch to cello and double bass, whereby the strings are bowed, plucked or latched in the best funk manner. 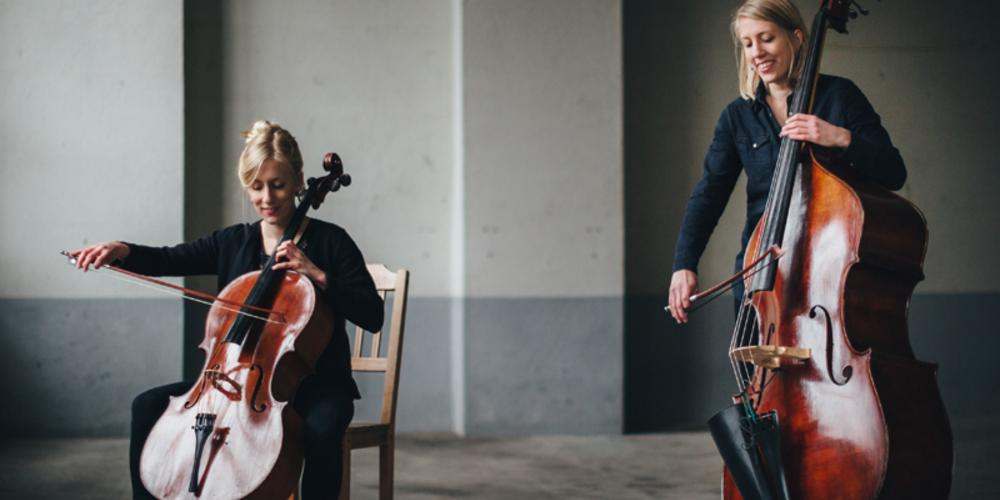 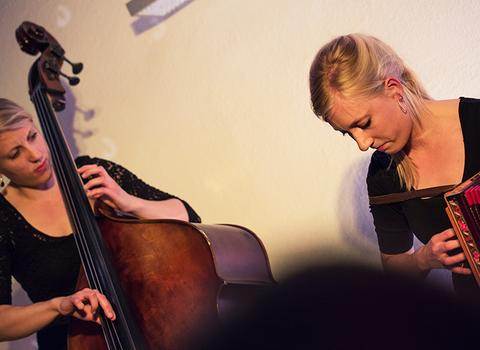 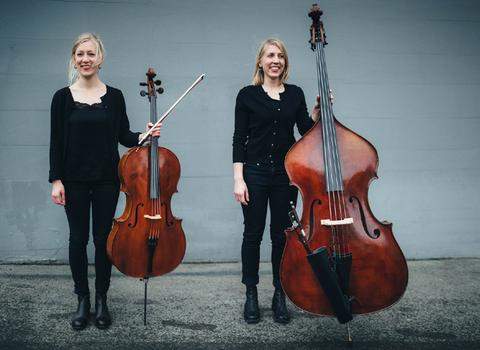 They play in all variations and change from limp dances to melancholic ballads, from the "Berner Polka" to lively jazz rhythms, the waltz turns into a musette and with the "Mailänderli" one seems to sniff a breeze of Atlantic.

This is because the sisters kept their ears open for other music. Kristina Brunner: "Maria Kalaniemi inspired me strongly. I have known the Finnish accordionist since the Gymer. At that time I began to deal with other musical styles," she says, explaining what "different" means. "Folk music dominated at home. Our father plays Schwyzerörgeli, and from kindergarten age we played with him."

Evelyn Brunner adds: "We had listened so intensively that one day we simply began to replay. Knowledge of music theory is undoubtedly fundamental, but for us music is still not on paper. It develops through experimentation and playing. That's why musical notes are not so important to us."